A new ArtE iteration in Barcelona

ArtE in Barcelona: Empowerment for Women

A personalised ArtE empowerment itinerary that accompanies women survivors in their process of socio-occupational inclusion.

The economic and social consequences of the pandemic place us in an unprecedented scenario in terms of unemployment rates. Circumstances have led many people, especially those already experiencing barriers to social inclusion, into situations of uncertainty, frustration and isolation that deteriorate their prospects of accessing the labour market unless urgent action is taken.

Gender-based violence intersects with these vulnerability factors, adding new barriers and aggravating its consequences. According to the Adecco Foundation, 61% of the victims of this violence are unemployed, and more than half of them are long-term unemployed.

Employment can accelerate the exit from situations of violence, mainly because it reduces economic dependency. This also requires breaking isolation, regaining self-esteem and motivation, and activating resilience processes that allow for the recovery of identity and agency. On a social level, women who have been abused need to regain their voice and position themselves as survivors rather than victims.

But traditional forms of employment support, often focused on technical skills, are proving insufficient in the face of the complexity of the challenge and in an unstable and changing labour market.

The ArtE approach as the solution

Combine innovative methodologies into a personalised employment empowerment plan that takes a holistic approach to the aspirations and needs of the participants:

In 2018, 19.25% of the population of L’Hospitalet in Barcelona was attended to by social services: 66% were women. The reality of urban contexts has specific implications in situations of vulnerability, but it also facilitates networking and coordination between agents in the territory. Public institutions, social entities and citizens can contribute to making an initiative of these characteristics take root so that its positive impact on people’s lives is sustained and long-lasting.

2022 is the implementation year of the new ArtE iteration, which plans to achieve the following activity results in the following periods: 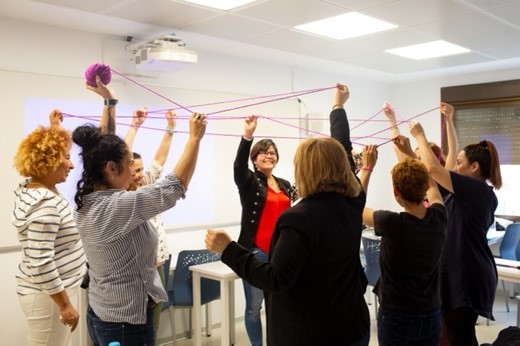 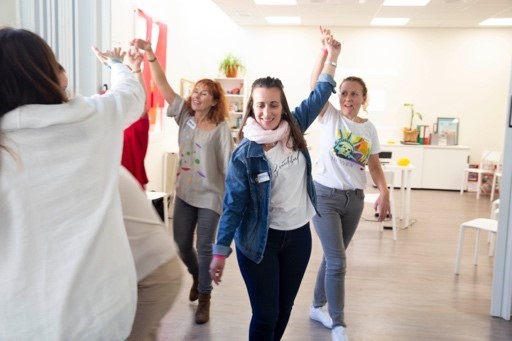 Free adaptation of „The Conference of the Birds“, a play by Jean-Claude Carrier and Peter Brook, based on „The Language of the Birds“ by Farid ud-Din Atta.

More information about the premiere and booking of free tickets: http://ow.ly/tovX50J18WI

About the Ana Bella Foundation : www.fundacionanabella.org

Ana Bella Foundation contributes to the construction of an egalitarian society free of violence against women through solutions that involve the media, organisations and companies, public administrations and survivors themselves as agents of social change at a systemic level. Its network channels the empathy and experience of 27,000 women survivors to help invisible victims in 82 countries. Its founder, Ana Bella Estévez, has been a social entrepreneur in the Ashoka network since 2010.

Its role in the project is focused on accompanying the participants in the long term, putting into practice its methodology for socio-occupational insertion and deploying a network of peer support in the territory.

UpSocial contributes to solving social challenges with innovations aimed at scaling their impact. Its proposal involves strengthening agents of change, accompanying the implementation of evidence-based innovations and, on occasions, taking the initiative to implement them.

In this collaborative experience, UpSocial’s role revolves around three axes: coordinating local actors, adapting the knowledge acquired previously with the ArtE methodology and defining an evaluation and scaling strategy.

More information on the ArtE model in Catalonia: https://upsocial.org/es/escala/arte

In line with the objective of scaling up the methodology in the territory and bringing it closer to its inhabitants and professionals, ArtE is implemented in alliance with Esplai la Florida, a benchmark organisation in the field of social, educational and community action that will facilitate work spaces and connections with women and other local agents.  Its founder, Merche García Villatoro, has also been a member of Ashoka since 2010.

Project co-financed by the „la Caixa“ Foundation and supported by L’Hospitalet City Council.

„ArtE: escenario para la empleabilidad de mujeres supervivientes“ has the support of the „la Caixa“ Foundation which, through its Programme of Grants for Social Initiatives Projects, helps to facilitate its implementation. The city of L’Hospitalet is also supporting the production of the play.